Where was I on one of the hottest, muggiest, July days that Chicago has ever seen?

Not my first choice. 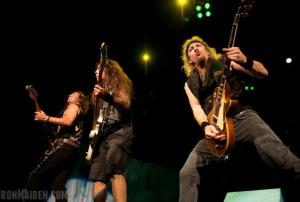 But I’m a good wife. And my husband is a good husband. Where was he on a frigid December night a few months before? Outside, once again in Chicago, waiting to get into the Congress Theater for a Morrissey show. Most definitely not his first choice. 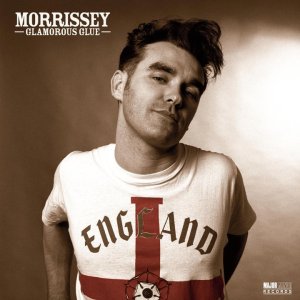 Our musical tastes rarely mesh. He’s a music person, while I’m a lyric person. If I may make a sweeping, broad generalization, I would say most people fall into one of those two camps.

It’s not surprising that as a writer, I listen to song for the words. I admit that when I first saw a video for Morrissey’s “Tomorrow” in 1993, it was his charisma that drew me in, not the words he was singing. But as I started to collect his albums and those of The Smiths, his lyrics captured my heart.

David, who has played guitar for more than 20 years, enjoys bands that feature instrumental intricacies, whether it be drums, guitar, or bass. Think Iron Maiden, Van Halen, or the band that makes all true musicians geek out, Rush.

I played in concert band through middle school and high school, on that decidedly non-rock n’roll instrument, the alto sax. I also took seven years of piano lessons, so I am not musically inept. But when I listen to bands, I have a hard time hearing anything other than the melody. I rarely can discern the bass or pick out technical drum cadences. Based on David’s comments while he’s listening to music, he’s clearly hearing something that I am not. I appreciate a person who can play guitar well, but an Eddie Van Halen solo sounds like a cacophonous blob of notes to me.

In order for us to agree on music, it has to offer him something (good guitar and/or drums) as well as me (insightful lyrics). Here are a few bands we don’t mind listening to together:

Do you agree with my theory that writers are mostly attracted to songs for the words? What about writers who are also guitarists/drummers? Which way do they lean?

4 thoughts on “Lyrics vs. music”