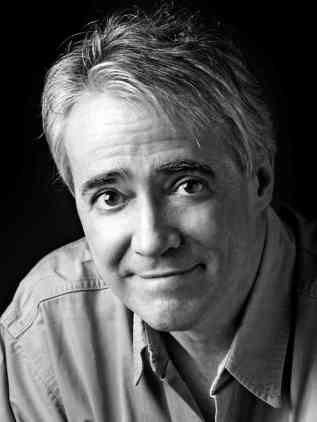 Scott Simon is the host of NPR Weekend Edition. He’s been tweeting his mother’s dying days, garnering praise and criticism along the way. The fact that this has become such a big story reveals our society’s unease with thoughts about death and grief and publicly expressing those thoughts.

Perhaps you’ve heard of NPR’s Scott Simon this week—he’s getting a lot of attention for tweeting his thoughts and observations as he sits at his mother’s deathbed.

As with any public figure’s actions, Simon is getting both praise and criticism. I read through the negative comments posted to the Los Angeles Times article—here’s a sample:

But what Simon is doing is not new—only the vehicle for expressing his thoughts is new. Books and essays, thousands of times over, have been written about a loved one’s death, and I hear little similar criticism leveled against that type of writing. So apparently the thing that is making people mad is the fact that Simon is publishing his thoughts live, as they happen in the moment. If he were to write a book or essay, likely he would use the same thoughts, but he’d have more time to shape them and expand upon them.

So my next conclusion is that there must be some unwritten societal guideline he’s violating that is upsetting people. Do we need to wait a certain amount of time before publicly writing about death? And if so, how long is the wait? As soon as the body is in the ground? A week later? A month later? Six months? A year? Five years? We’re used to these thoughts taking time. Joan Didion’s husband died at the end of 2003, and The Year of Magical Thinking was published in early 2007, about three years later. Joyce Carol Oates’ husband died in 2008 and her book, A Widow’s Story: A Memoir, came out in 2012. Will Schwalbe waited a few years before publishing The End of Your Life Book Club in 2013. The loved ones of these authors died before social media—perhaps their stories would have taken a different form had Twitter existed.

You’re going to get something different from writing in the moment it’s happening than if you wait and reflect. Anyone who keeps a diary and then reads back upon it knows that. Through Twitter, Scott Simon is providing a diary, a steady stream of reportage which he’s used to doing for his job. Are people upset that he’s violating the secret nature of a diary, something that we used to lock with a little key?

Some commenters don’t like how he inserted himself into the story. “The reason it’s better to do stories about others and not oneself is that a reporter then has a better chance of presenting an honest picture of what they’re reporting on, contradictions and all,” one person says. This seems to say it would be OK if he was tweeting from a stranger’s deathbed. Would that be more acceptable?

This all reminds me of Patricia Hampl’s The Florist’s Daughter. Hampl begins the book in the hospital room where her mother is dying. She sits on a cot next to her mother. “I’m perched on the edge, barely hoisted above the floor, a supplicant crouched below the elevated royal bed. I gaze up at the tiny body, the porcelain face. There’s a yellow legal pad on my lap. I’m a notetaker from long habit” (p. 4). I’m a notetaker, too. My dad died in 1990, and my book was published in 2013. Yet I was jotting down notes and thoughts in the months after he died. Since it was 1990, I had no venue to publish them, but would I had I had the chance? Not sure, but maybe.

Hampl and Simon are doing the exact same thing—taking notes at a dying mother’s bedside. The only difference: Simon is publishing his thoughts as they happen, while Hampl waited years. Is one better than the other? Is Simon violating some societal guideline regarding death and grief? And if so, is it time to throw old-fashioned guidelines out the window?

I think we need both–both the live report and the memoir that comes years later. All of these perspectives will only help us better understand what it means to be human during times of grief and loss.

13 thoughts on “Is Scott Simon violating some societal taboo?”