Whoops! A little late on this post. I like to get it in by Friday, or no later than the end of the weekend. 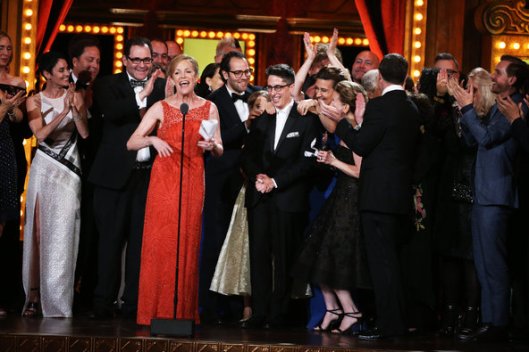 But I’m glad I waited, because one thing making me VERY happy today is FUN HOME‘s big wins at the Tony Awards last night! Anyone who knows me knows my love of FUN HOME and all of Alison Bechdel’s work. A talent and literary genius like her doesn’t come around very often. I was so glad to see a superb book become a superb play. I hope this means there will be a touring production and that it comes to Minneapolis soon. 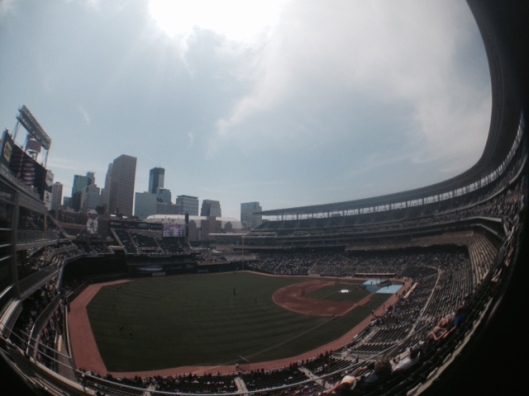 A fish-eye view of Target Field on Saturday, June 6. Photo by author.

The Minnesota Twins. It may surprise people to learn that I’m a big sports fan. I may not look like a typical sports fan, but then again, what does THAT look like? I enjoy rooting for my hometown teams, especially when they’re doing well. How about those Twins!? Currently in first place in the A.L. Central Division, and they have the best overall record in the A.L. to boot. I’ve even made it to two games this year — they won one and lost one.

Speaking of the Twins (kind of), by way of the Pohlad family, how about Bill Pohlad? The director of the Brian Wilson biopic, LOVE AND MERCY, is indeed one of THOSE Pohlads–Jim, Bob, and Bill own the Minnesota Twins. Bill is the renegade brother who struck out on his own in Hollywood and has seen success as producer of films such as INTO THE WILD and 12 YEARS A SLAVE. It’s nice to see him getting recognition with this newest film, which is only his second directing effort.