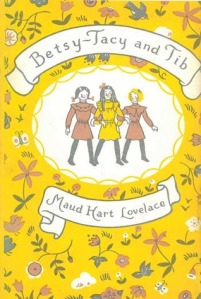 When you think of Minnesota, what author do you think best represents the state?

Laurie Hertzel of the StarTribune wrote this about a recent Entertainment Weekly story:

“The current Entertainment Weekly features a two-page, full-color map of “The United States of Books,” one work that best defines each state. Some are obvious — Anne Tyler’s Baltimore novels for Maryland; John Updike’s “Rabbit, Run,” for Pennsylvania; Larry McMurtry’s “Lonesome Dove” for Texas. Others are obscure — “Geek Love,” for Oregon; “True Grit” for Arkansas; and, happily, Mary McGarry Morris’ “Songs in Ordinary Time” for Vermont. And what about Minnesota? No Sinclair Lewis, no Garrison Keillor, Charles Baxter or Judith Guest. No, we get the “Betsy-Tacy” children’s series, written by Maud Hart Lovelace back in the 1940s and ’50s and set in a town based on Mankato. Because nothing says Minnesota like happy little girls in a bucolic small town. Or, as EW put it, “a rosy remembrance of a region already known for its niceness.” Time for some John Sandford thrillers, to cleanse the palate.”

I live in Mankato, so I wasn’t surprised when the reaction to Laurie’s piece was swift and vehement. Betsy-Tacy is beloved not only in Mankato but also around the country and around the world. 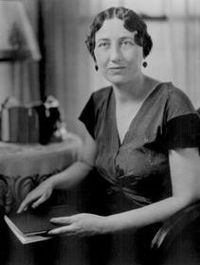 But I see what Laurie is saying. Minnesota sometimes struggles to give off a more modern image to the rest of the country. Here’s a story that reflects that:

A writer friend of mine in Mankato received comments back from a New York editor before her book was published. One question the editor had: “What is a ditch? You probably need to explain this.” When my friend told this to our writing group, we roared with laughter! Who didn’t know what a ditch was? I guess if you’ve never left New York, maybe you wouldn’t know.

People who have never been here might only think of farms, brutal winters, and Laura Ingalls Wilder. While there’s nothing wrong with being perceived as nice and bucolic, maybe there is other writing that reflects the more complicated and complex nature of the people of this state.

What do you think? Who would you pick as the one writer who reflects Minnesota?