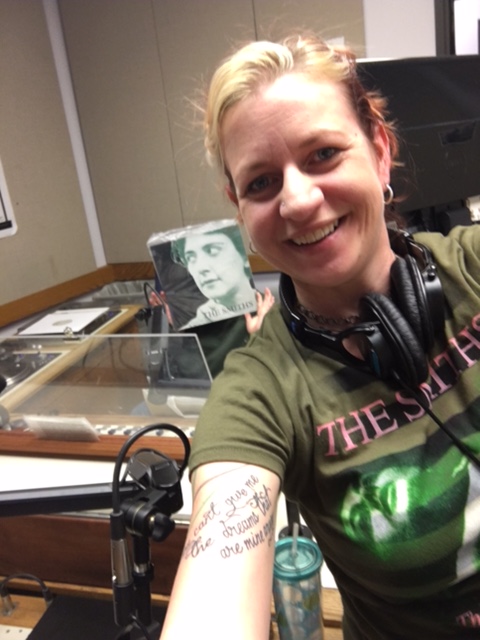 I had to wear the right shirt! That’s Shelley in the background being silly.

The Jan. 20 edition of Shuffle Function was devoted to Johnny Marr. I was the special guest, as co-hosts Tim and Shelley know my great love of all things The Smiths. Shelley is a kindred spirit, someone who was really into The Smiths when they actually were an active band. The occasion for this Smiths show was the recent Johnny Marr autobiography, Set the Boy Free, which both Shelley and I had read.

We interspersed our discussion of the book with music by The Smiths, obviously, but also bands that Marr has played with, such as The Pretenders, The The, Electronic, and Modest Mouse, as well as his solo work.

The three hours flew by. I could talk about and play The Smiths easily for another three hours. I feel the same way when I go on the show around mid-May for a special Morrissey birthday edition. 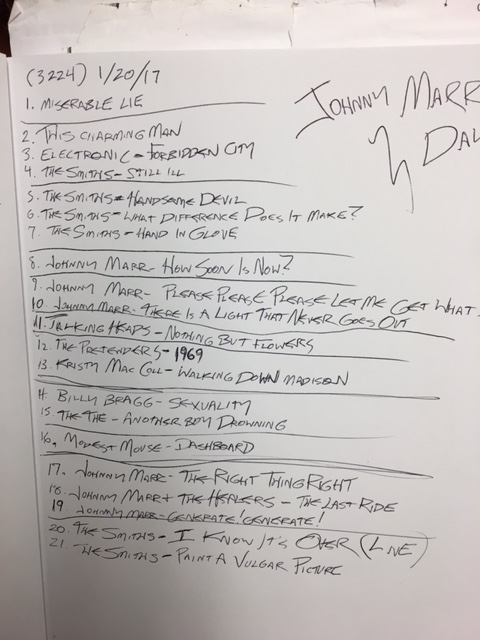 The day’s playlist. What do you think?

Tune in to Shuffle Function even when it’s not a special Smiths or Morrissey day 🙂 If you care about indie music, KMSU-FM is the place to go each morning from 6-9 a.m. CT. If you’re not in the area, stream it at www.kmsu.org. Or read the Shuffle Function blog here.

You can listen to the audio of the show here. 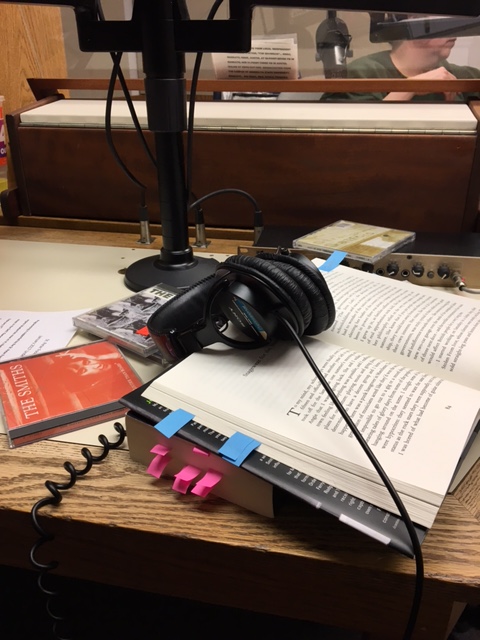 I marked my book with notes so I’d be prepared!