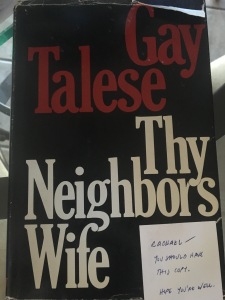 This book showed up at my house a couple of weeks ago. It came from my friend John, who was one of my mass media professors when I was an undergraduate more than 20 years ago. 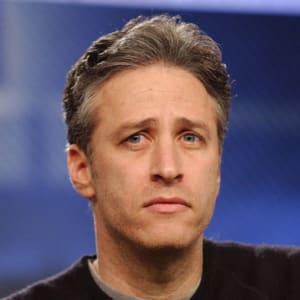 The first thing I noticed about John was his hair. He styled it just like Jon Stewart.

I instantly liked John. He was casual and down-to-earth, warm and friendly, unlike some other professors who preferred to keep a distance. He had a way of speaking to students with intensity — lots of eye contact, lots of excitement, kind of in-your-face but in a good way.

What came across the most was his incredible passion for writing and for journalism. You could just see that he loved to teach. He cared so much about journalism and wanted to do his best to make sure his students became better writers. I spent a lot of time in his office just talking about writing and journalism and writers.

I think I had only a couple of classes with John, but the one I remember most was a class in which we learned about literary journalism. This was the first time I ever learned about the topic, with writers such as Joan Didion, Tom Wolfe, and John McPhee. Each student was assigned a literary journalist to study throughout the semester.

I got Gay Talese.

I don’t remember if I chose Thy Neighbor’s Wife or if John assigned the book to me. I couldn’t believe that a journalistic account could be written like a story — a nonfiction book that kept you turning the pages because it was filled with conflict and dialogue and scene just like the best novels. This was the type of writing I wanted to do. I loved the idea of narrator as observer and all the research that went into crafting a narrative. I also studied history as an undergraduate, so I naturally gravitated toward research.

Talese and John have played roles in my life since then. That class, and John, inspired me to write nonfiction narratively. When I did my Ph.D. in creative writing, my dissertation was about first-person narration in biography — the writer as a character. In a couple of weeks I’m presenting a paper at a major conference about the narrator’s role in nonfiction and the concept of “truth.” Talese’s book The Voyeur’s Motel will be a part of that paper. I also presented at a major conference a couple of years ago with Talese’s “Frank Sinatra Has a Cold” as the topic.

John played a critical role in helping my proofread my memoir. He read the galley to me. It took about 10 hours. I can’t tell you how many subtle mistakes we caught that way, even after the book had been through a few edits.

John and his wife are moving away from Mankato. God-willing, when I have another galley to proof, I’m making a trip to Oregon to see John and we’ll do that whole proofing thing all over again. I wouldn’t have anyone else do it.