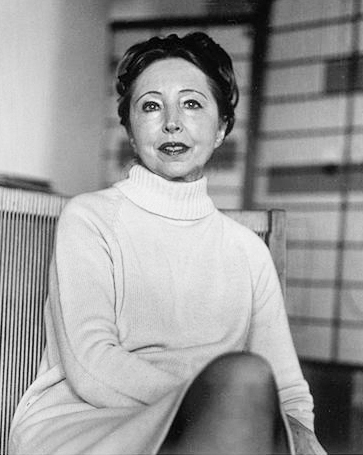 I stumbled upon Anais Nin’s writings while I was in high school. Wow, did that ever help me shape the version of a woman I wanted to be. That version was a writer, a thinker, someone happy to be in love but in a mutually independent way.

“The woman of the future, who is really being born today, will be a woman completely free of guilt for creating and for her own self-development. She will be a woman in harmony with her own strength, not necessarily called masculine, or eccentric, or something unnatural. I imagine she will be very tranquil about her strength and her serenity, a woman who will know how to talk to children and to the men who sometimes fear her. Man has been uneasy about this self-evolution of woman, but he need not be — because, instead of having a dependent, he will have a partner. He will have someone who will not make him feel that every day he has to go into battle against the world to support a wife and child, or a childlike wife. The woman of the future will never try to live vicariously through the man, and urge and push him to despair, to fulfill something that she should really be doing herself. So that is my first image — she is not aggressive, she is serene, she is sure, she is confident, she is able to develop her skills, she is able to ask for space for herself.”

— From a lecture delivered in April 1974 at the Celebration of Women in the Arts, San Francisco, and published in Ramparts, June 1974. Found in In Favor of the Sensitive Man and Other Essays. 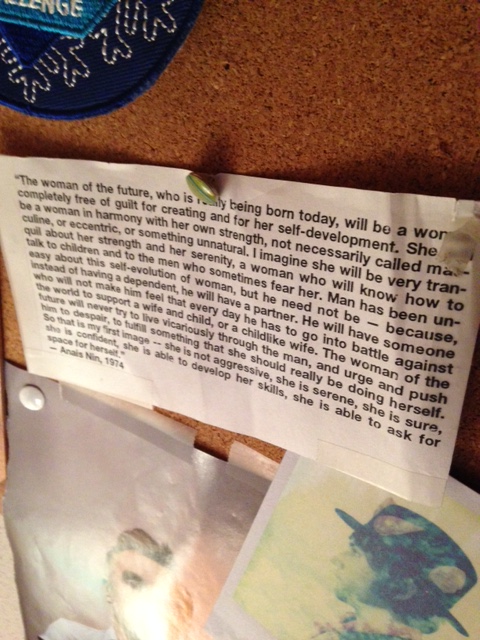 I first read this quote sometime in my mid-20s. I typed it up and posted it in my cubicle when I worked at the Mankato Free Press. Now it’s posted above my workspace at home. This was written in 1974, so when she says the woman of the future is being born today, she could have been talking about me. I represented the women of whom she was speaking, and I felt (and still feel) an obligation to see her vision through.