In 2003 I went to a writing conference at Lewis and Clark College in Portland, Oregon. For a workshop assignment, Ted Conover had us do some reportage. Naturally, I ended up at River View Cemetery. There I met Kathy Samuelson, who managed the cemetery. What follows is an excerpt of what I wrote for class:

Just as I’m getting ready to leave the plush red chair of the sitting room between the office and chapel, Kathy leans toward me from another chair and hands me a thin packet of paper.

“We have Virgil Earp,” she says, straightening up her body proudly.

The five pieces of paper, stapled in the upper-left hand corner, show where Wyatt Earp’s mostly unknown brother is buried, a small space amid the vast acreage: Section 15, Lot 18, Space No. 1.

The biography reproduced in the packet tells me Virgil’s wife was erroneously told he died in the Civil War. She remarried. Virgil found out about his wife’s second husband but decided “philosophically that the best thing he could do was to keep out of her way.”

Poor photocopies – probably photocopies of photocopies– show me that Virgil looked like so many other characters of the Old West, with a thick handlebar mustache and hat. 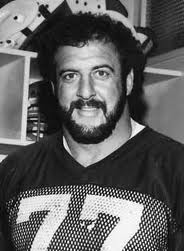 The name sounds vaguely familiar. “Was he a football player?” I ask.

Kathy nods. “He played for the Oakland Raiders.” The name clicks, plucked from the memories of my dad watching football in the late 1970s.

I guess every city likes to claim their famous residents, whether living or dead.

4 thoughts on “Famous residents, living and dead (but mostly, dead)”